THE STORY BEHIND THE REDBURY HOTEL 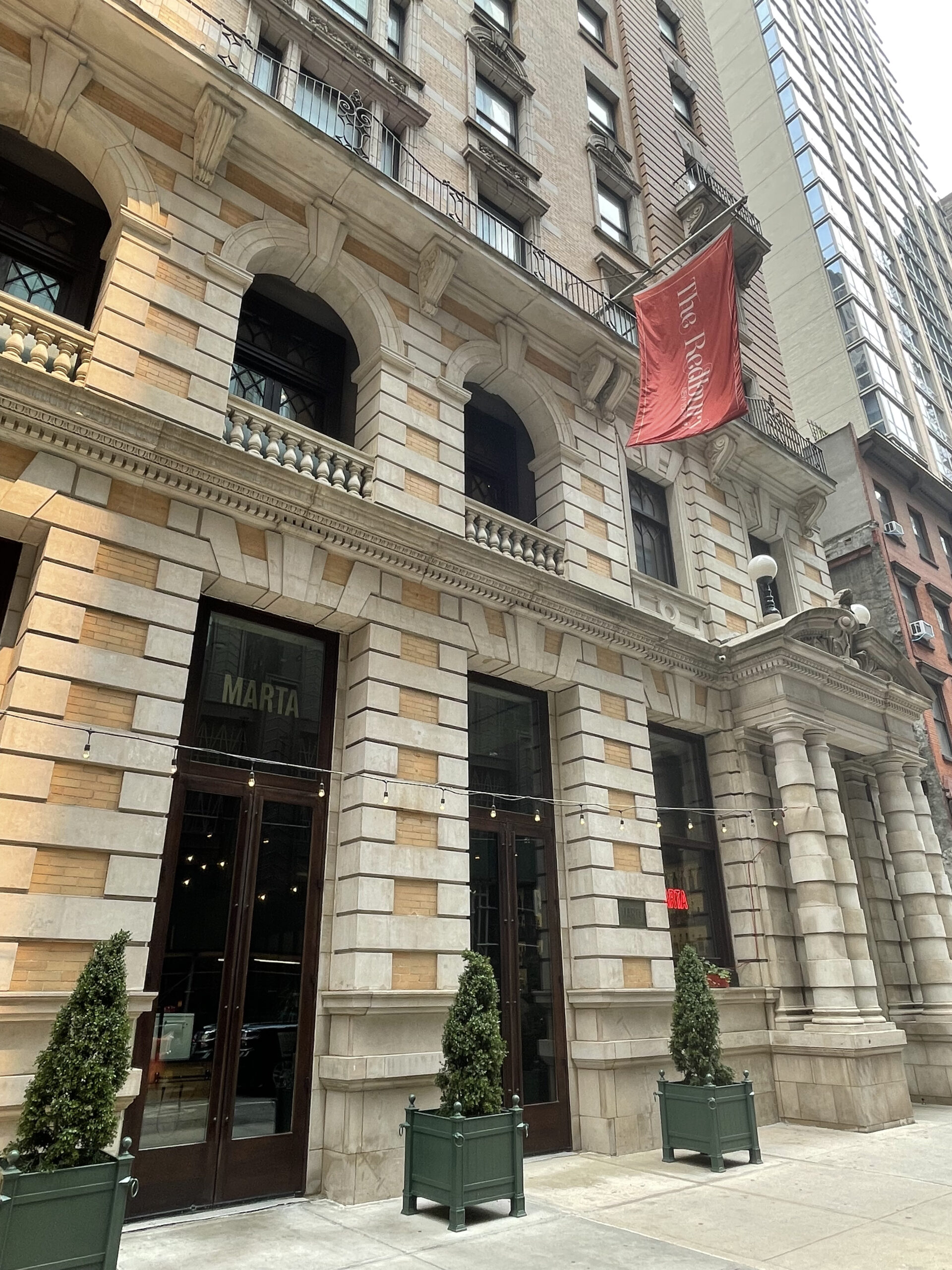 When The Redbury Hotel first opened in 1903, it was known as Martha Washington Hotel, it was the first hotel in New York City to provide housing for professional single women, both as transient and permanent residents. Many historical figures lived in the hotel located on 30 East 30th Street, including poet Sara Teasdale. During that period male guests were not even allowed above the ground floor of the building. All of the 416 rooms of the hotel were always fully occupied with over 200 names on a waiting list at any given time. The in-house amenities included a drug store, tailor shop, and even manicurist!

The Lounge of Redbury is the social center of the hotel, it has a menu featuring cocktails and hors d’oeuvres, curated by Union Square Hospitality Group. The hotel’s well-known restaurant Marta inspired by the rustic cuisine of Rome under the tutelage of Chef Lena Ciardullo hosts Roman-style family-style roasts, grilled seafood, and vegetables cooked over an open fire, as well as yummy thin-crust pizzas and an array of sandwiches and traditional Italian baked goods by Pastry Chef Jessica Weis from Caffe Marchio.

Redbury’s bar doesn’t fall short when it comes to the list of their finest selection of champagne, Italian reds, and whites, craft beers, refreshing spritzes.

The Redbury Hotel built in a Renaissance Revival style was designed by architect Robert W. Gibson. The limestone facade features prominent quoins, palladian windows, lintels with keystones, and balconettes with iron railings. On account of the building’s extensive architectural and historical significance, it has been designated as a landmark building by the Landmarks Preservation Commission.